Nick Atkinson of HTA said: â€œWe were aware of this unit becoming available and felt it would be perfect for Godfrey Syrett’s expansion, we acted quickly to secure a deal for before it came to market. The big sheds market in the North East is particularly competitive due to the severe shortage of units over 100,000sqft and the nature of the deal reflects our robust knowledge of a quickly shifting market.

Godfrey Syrett acquired the premises as part of its continued expansion and has invested 500,000 in a major refurbishment of the facility, which has been project managed by Newcastle-based Silverstone Building Consultancy.

Neil Tweddle, managing director at Godfrey Syrett said: The premises and site have been extensively modified to create a first class furniture distribution centre that will allow us to tailor our deliveries and installations seamlessly to meet our customer’s requirements.

He continued: The re-developed facility, which is very close to the A1M, is double the size of our former distribution site in Spennymoor, enabling us to improve services levels and increase operational efficiencies.

The multimillion pound business, which designs and manufactures the majority of its furniture here in the North East, completed an 850,000 investment in a brand new fleet of eight purpose-built delivery vehicles last year, which will operate out of the new site at Belmont. 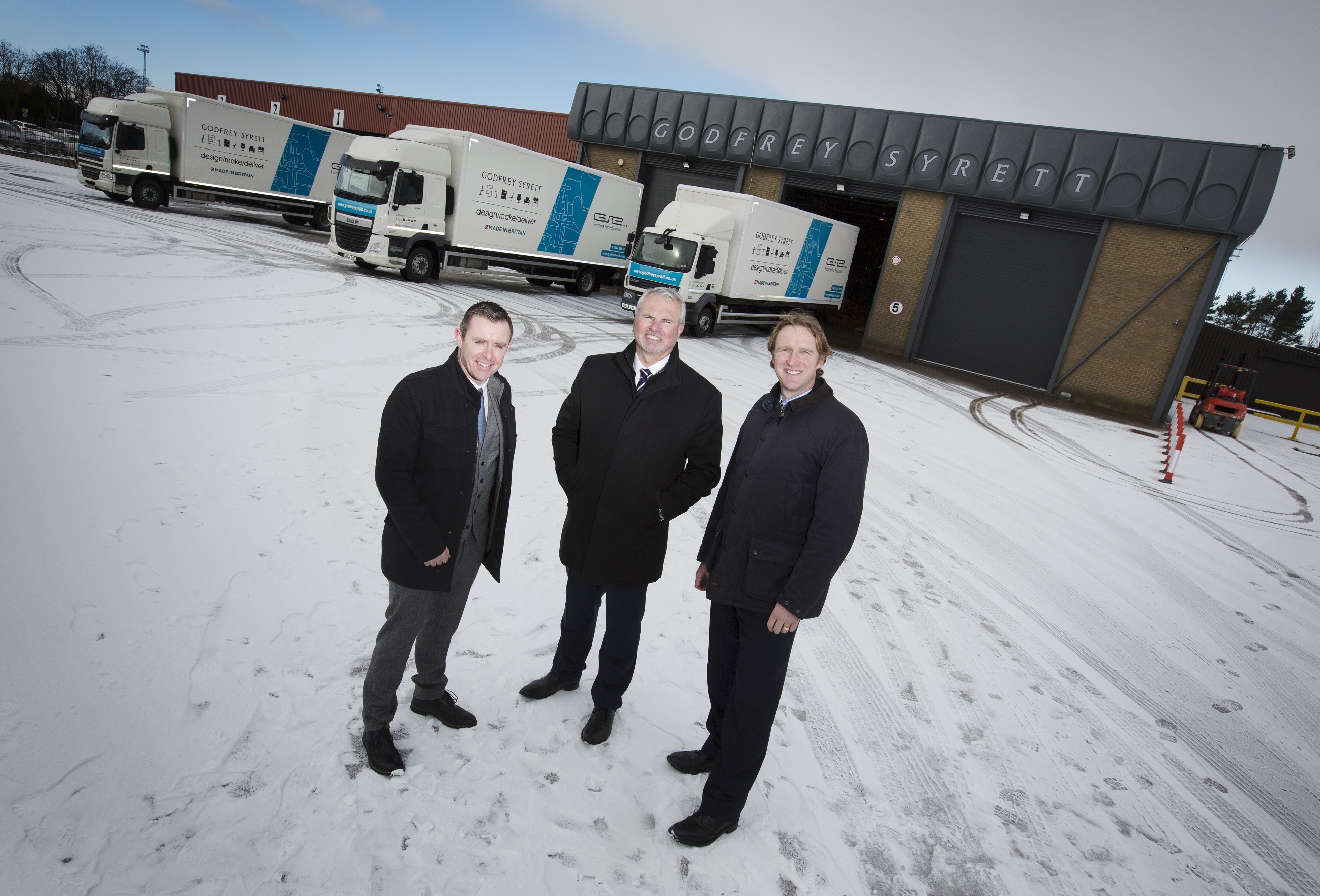